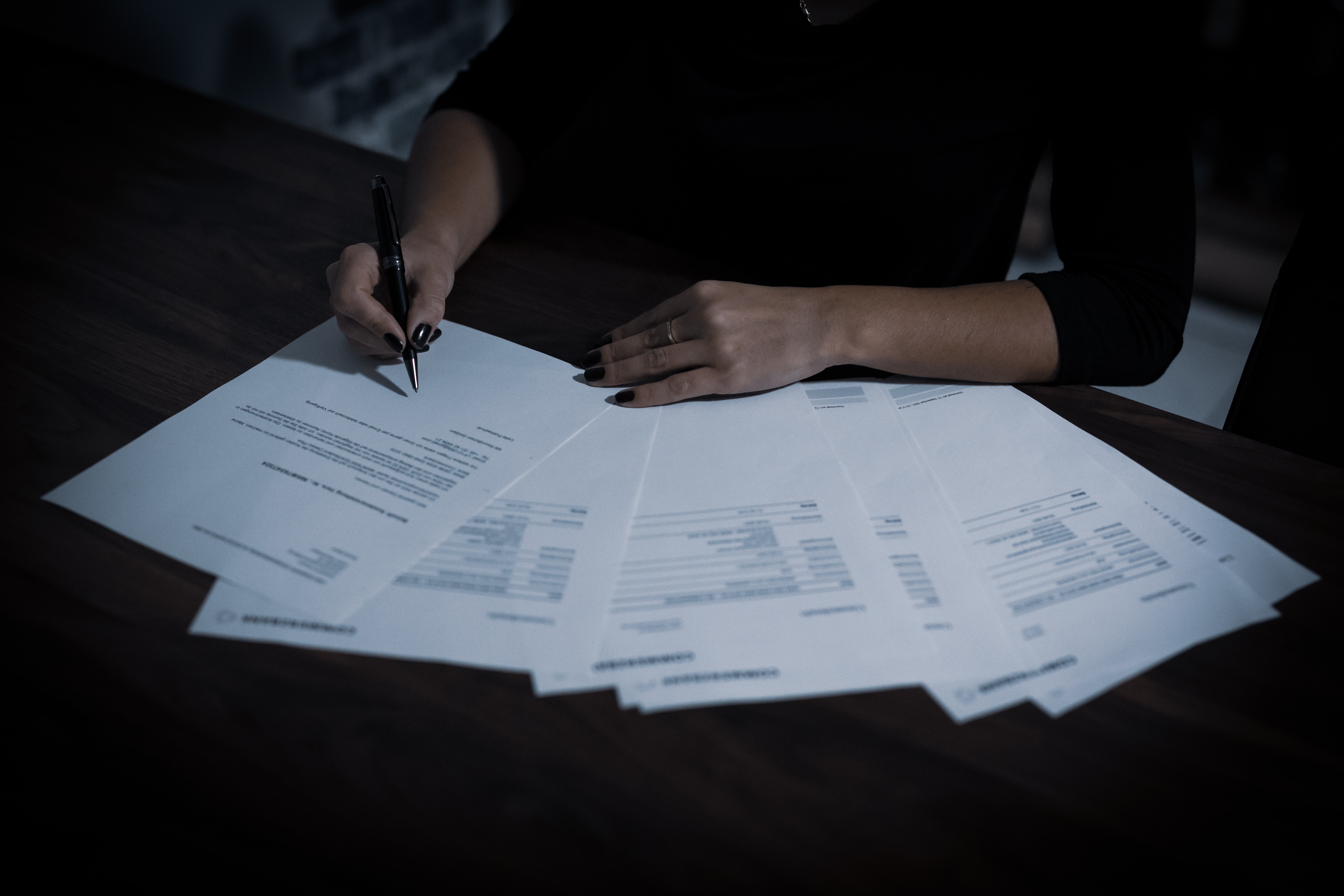 In a contract, it is usually stated that if one side fails to follow through with what has been promised, then there will be consequences. There are many instances in life where we are promised something and when it doesn't happen, the response is often an emotional one. We assess the impact of people making emotional decisions, often to the detriment of the contracted relationship.

How does it make you feel when someone breaks a contract with you?

What if it was a social contract? They don’t walk fast enough on the street, they show up late to an appointment, or they decide to throw their trash next to the bin as opposed to in it?

Or what about a relationship contract? You find out your friend has been saying nasty things about you behind your back, your teammate makes a selfish move on the field, or your partner has been having an affair?

Contracts, written and signed, verbal or otherwise, are fundamental in framing our expectations of the people around us. Breaking those contracts and therefore, not delivering to those expectations, often generates an emotional response.

The turmoil of the global supply chain, energy price surges, and political instability have led to many contract renegotiations over the last two years.

Sellers have recently found themselves in a situation powerful enough to secure higher prices or alternate benefits which would otherwise seem unobtainable. Consequently, negotiations may have been necessary to mitigate increased costs, but not always. These re-negotiations, regardless of their necessity, risk missing expectations, breaking contracts, and damaging relationships.

The reality is people are making emotional judgements and not logical ones. Frans De Waal, a primatologist, author, and ethologist, has spent years researching the social structures and behaviours of primates. He has drawn the conclusion that empathy and reciprocity are the pillars of primate social morality. Whilst human morality is more complex, we can take learnings about our instincts from his findings.

Fundamental to understanding his idea of reciprocity is the sense of fairness between social animals. This is a pre-requisite for creating a co-operative society. The basic idea is that equal work should receive equal reward or there will be a future benefit for those who sacrifice in the short term for the benefit of others. Researchers have documented this sense of fairness in dogs, birds, and other primates, and it suggests fairness is not a conscious cognitive process, but a more instinctual one.

This makes sense to anyone who stops to consider it for a moment. How do we live in cities if we are not constantly making concessions for each other, driven by a sense of fairness and reciprocity? Why do we wait in queues, if not from a sense of reciprocity and fairness? Why do we pull over to the side of the road when you hear an ambulance? It could be to avoid a fine, but more likely it’s that you hope others would pull over for you when that ambulance is rushing to your house.

We often consider this sense of fairness to be a positive thing. A virtue for a respected person. There is however a dark side to fairness, and this is where it becomes most problematic.

Why do people believe it is a clever idea to break check another driver in traffic when they have been cut-off? Surely it makes more sense to drive as safely as possible and not risk an accident. The emotional response that occurs as a result of feeling unfairly treated drives people to do illogical, irrational, and even dangerous things – often at their own expense.

Whether we want to admit it or not, the emotional response that encourages you to give up your weekend to help your friend move house is the same innate reaction that makes you want to yell at the cyclist who just rode past you on the footpath. The obvious conclusion is that if we have an innate sense of fairness, we have a potentially greater innate sense of unfairness.

Brosnan and De Waal performed the most famous study on fairness in primates by taking two capuchin monkeys from the same social group. The monkeys had to complete a task and the researchers paid them with food rewards. When both monkeys received a piece of cucumber, they completed the task twenty five times in a row.

However, when the researchers treated the monkeys unfairly by providing different food for completing the same task, i.e. one monkey received cucumber, the other grapes, the monkey who received the cucumber now refused to eat the food altogether. The monkey who the researchers treated unfairly willing forwent the benefit of the cucumber, despite proving that when both monkeys received cucumber, it was a good enough reward to complete the task.

I think you can see where this is heading. What is “fair” is subjective and contextual. If you have broken contracts or expectations with your trusted partners, regardless of the reason, your counterpart may perceive you to have acted unfairly. This represents a huge repercussion risk for your organization, once the power balance shifts back to equilibrium.

As part of the research for this article, I asked the Gap Partnership’s clients about how the broken contracts of the last two years have made them feel. To protect their business from any negotiation risk, we have chosen to keep their input anonymous.

One buyer of a large chemical company shared an anecdote with me,

“I have a little book on my desk with the names of the people who have gone back on their word to me over the last twelve months. If they have broken contracts that had already been agreed, I immediately start sourcing alternatives to them, so I can phase them out”.

Another buyer from an engineering firm said,

“I understand they are getting price pressure, but I remember who they are. Next time the contract is up for renewal, I will get them back.”

Another procurement manager from tech services in an FMCG business relayed,

“I used to really enjoy working with them, but now all I can think about when I see them is how they changed the rules. I do not believe anything they say anymore and its making progress in the relationship difficult.”

These are examples of how buyers have been feeling throughout this period and it represents a huge risk to both the sellers and the buyers organization. If buyers are out for revenge, the evidence suggests they will forgo benefit to punish the other side for treating them, as they perceived it, unfairly. This can only lead to a sub-optimal outcome for the purchaser. You could consider this an emotion tax on their best judgement.

For the sellers, the risk of retaliation builds the further down this path the negotiations go. Does the emotional response from the buyers mean you should not have utilized your leverage? Does it mean you should have stuck to your contract no matter the cost? Well, no. Not at all. A negotiators role for their organization is to secure the best possible outcome and manage the risks of doing so. That being said, there are lessons we can take from this situation and some strategies we can adopt to mitigate the current risks.

The first lesson is that the validity of your reasons to renegotiate does not dictate the emotional response from your counterpart. The way in which you manage the perception of the other party is more important.

You can manage perception before, during, and after the negotiation. Before, it is essential to pre-condition the other party. As a simple example, if your counterpart is expecting a 10% price increase and they receive 5%, they will not be disappointed. If they are expecting a 2% increase and they receive 5%, they may feel like you treated them unfairly. The messages you land leading up to a negotiation to manage their expectations are the key to shifting that perception.

During the negotiation, ensure you give them the symbols of success. You want the other party to believe that they are taking everything from you.

If your counterpart feels like they are winning the negotiation, they are unlikely to feel unfairly treated.

After the negotiation, appear reluctant. Your overriding appearance must give the impression that you are thinking, “If I have to agree, I will.” How do you feel when someone is excited with the result at the end of your tough negotiations? Chances are if they are happy, you will not be.

Very simply put, if you shift their expectations, then it becomes harder to not deliver to those expectations.

The second lesson is to not let your own sense of unfairness lead you to punish your counterpart. This rings true for both buyers who feel hard done by, and sellers who feel like buyers’ responses to the most recent negotiations are unjustified and unreasonable.

You are not the justice police. You are a commercial negotiator tasked with securing the best deal for your business. It is your responsibility to manage your own ego and not have your company pay for a missed opportunity, or for you to teach your counterparts a lesson.

By recognizing that you are likely to have an instinctual response to what you perceive to be unfair, you can interrupt that process and have more control over your decision making.

Psychology and drivers of our behaviour aside, what does this mean on a practical level for the future of contracts? Are contracts likely to change their structure from this point forward? Are negotiators likely to manage and enforce contracts differently in the future and if so, how?

This is, however, not a satisfying end to the story, so let me provide three predictions of my own based on my conversations with negotiators in research of this article.

This has two meaningful impacts to commercial agreements. The first is a reduction in economies of scale as buyers diversify volumes with local producers preferred. The second is negotiators will need to be more effective at managing complexity as contracts terms increase in clauses and newly identified risks that require allocation.

Regardless of the cosmetic changes to how negotiators agree contracts in the future, the principles of securing the best deal remain the same. Business leaders will, in the short-term, need to prepare themselves and their organization to deal with the likely fallout of built-up resentment of broken trust and contracts from their recent negotiation season.

By recognizing the propensity of people to make emotional decisions and to react to unfairness, potentially at their own detriment, we can consciously engage with our decision making and influence the perspective of our counterparts to minimize the risk to our contracted relationships. 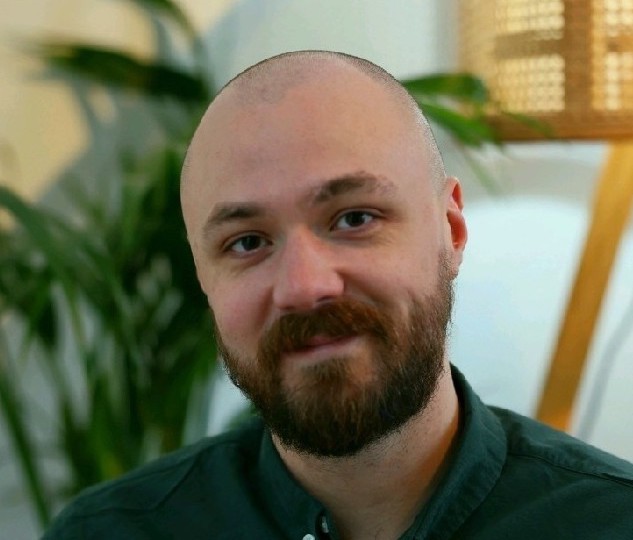